DITO files complaint against Globe, Smart for abuse of dominance 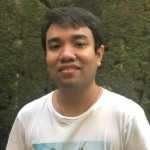 New telco player DITO Telecommunity has filed complaints before the Philippine Competition Commission (PCC) against the country’s top two telcos — Globe Telecom and Smart Communications — for their alleged abuse of their market dominance through interconnection woes.

In a press conference on Monday, Aug. 8, DITO chief administrative officer Adel Tamano said the National Telecommunications Commission (NTC) legally requires telcos to interconnect with all players in the market, allowing calls and text to and from other service providers.

He complained of Globe and Smart’s “abuse” of their market dominance to “hinder our growth,” and estimated DITO’s current market share at around 5 percent of the mobile telecommunications space.

“[DITO’s market share would be] much, much higher if interconnections were okay,” he said.

To date, DITO chief technology officer Rodolfo Santiago said only 20 to 30 percent of calls made by DITO subscribers to Globe and Smart are successful, with the rest failing to get through.

In response, PLDT — Smart’s parent company — said they have yet to receive the complaint but assured that they “have always supported and ensured fair competition in the telco industry.”

Globe is yet to respond to the complaint.

The PCC, meanwhile, confirmed that it received two complaints from DITO.

In a statement, the PCC said its Competition Enforcement Office (CEO) is assessing the merits of DITO’s complaints.

“The Commission has 10 days within which to decide whether or not to give due course to the complaint. If given due course, we will proceed to investigate the charges and if it subsequently finds sufficient basis, file with the commission en banc a Statement of Objections against the allegedly erring entities,” PCC officer-in-charge Johannes Bernabe said.

It added that it will also coordinate with the NTC to consult on regulatory concerns of the matter.

“Interconnection is an essential component of the telecommunications industry as it allows interoperability and exchange of calls, SMS, and other information from one network to another,” Bernabe added.

PCC, as a quasi-judicial body, is mandated to promote fair market competition by ensuring that there are no anti-competitive agreements, abuses of dominant position, and anti-competitive mergers and acquisitions in the market.

DITO files complaint against Globe, Smart for abuse of dominance